OPENING CAPITAL – TO BE OR NOT TO BE 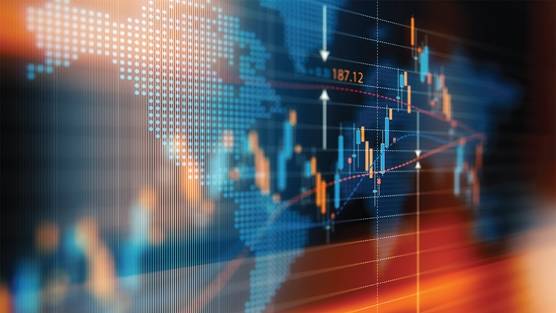 Has anyone ever sat down to write an article with the feeling that it was doomed to ‘take sand to the beach’? And, at the same time, feeling that you should put things in writing because, as once said by a colleague of mine, “the obvious is only obvious after being uncovered”. Well, I am going to hammer on concepts already known, but which took on an importance that was unimaginable until recently. Perhaps because, due to the pandemic, today these are perceived to have taken different positions on the economic chessboard in the beginning of 2021.

The most obvious part: with the current Selic (Brazilian ‘basic’ interest rate) level and even knowing that many market players expect COPOM (Central Bank Monetary Council) to practice some increases in the near future, many of the conservative, careful and fixed-income fanatics are orphaned. Those who don´t feel that way aren´t really paying attention to the economic-financial scenario. The consequence is also more or less obvious: all investment advisers, without any exception, have been advising their clients to diversify their investment portfolios and to take greater levels of risk, moving towards variable income products.

In this scenario, those companies whose plans include investments from medium to long maturity, will (as they always have done) need to seek financial resources to finance their growth and expansion plans, either organically or through acquisitions. Would the solution be knocking on the banks’ doors? In this case, the businessmen have to consider that the spread is not as generous as COPOM in forming the final effective loan rate. What about going to BNDES (Brazilian Development Bank)? This bank has restricted lines and mostly for a certain type of investment in plants and equipment.   Where to go then? A perfect bonanza storm appears on the horizon: attracting investments via the capital market. In other words: going public and launching shares on the market.

The current conjuncture of interest rates in Brazil has made 2020 capital offers (both initial public offerings or/and follow-ons) to break records even amidst the pandemic and with GDP decreasing just over 4%. Furthermore, the prospects are that capital offers numbers will be even higher for 2021, despite the continuance of the crisis scenario.

In any case, for Brazilian companies that intend to go to the capital market, they obviously shouldn´t or will not suppose the process is easy and painless. After all, in addition to business planning itself, the prospect of going public implies a serious arrangement of governance conditions in general and, to speak of the current reality, taking a close, careful look at the trio of environmental, social and governance aspects (ESG). There are investors who have been taking a firm stance on giving preference to investments in companies that respect ESG principles.

Preparing for an IPO is not easy and there may certainly be companies that, even with the intention of facing this process, are unlikely to get there. Putting things right in terms of corporate governance, internal controls (including the design and implementation of a robust internal audit) and the adoption of sound accounting principles, make the task quite heavy. We know that the vast majority of companies are unable to adapt and prepare for an IPO only with internal resources and within a reasonable period of time; this is practically impossible. This sometimes happens because these internal resources do not exist and hiring or training professionals would take a lot of time and financial efforts. Other times, for the sake of cost-benefit, Management concludes that it´s much more convenient to hire a team of specialists, well trained in this type of work, who will make this process faster and without a costly ‘trial and error’ experiment.

When we look at the international scenery, in which we´re still able to perceive Trump’s government ‘tsunami’ aftershocks, it´s interesting to see how China hasn´t substantially changed its investment and trade attitude towards many of the countries ‘aligned’ with ‘Trumpism’. For connoisseurs and observers of international affairs, it´s clear that the Chinese saw the Trump era as a passing thing, with which they would have to deal in the short term, but the Chinese always had their long-term interests on the horizon. Why do I bring this up? Because the strategic management of companies cannot be successful in the long run without such an approach. They must decide and act in the short term, but always with an eye on long-term planning. Only such an attitude can pave the way to a long and profitable life for the enterprises.

In the case we are dealing with – specifically the possibility of going public to finance growth with profitability -, this rule cannot be forgotten under penalty of an extremely costly failure.

The current level of fixed income remuneration is pouring rivers of resources into variable income. This is the perfect occasion for companies to look for a public offering as a way of financing their growth or for majority shareholders to take advantage of the ‘wave’ as a way to make profits and/or diversify investments. But the process is not easy.   Whoever decides to follow this route, has to rely on an army of professionals: lawyers, auditors, consultants, banks, financial advisers and, not least, professionals who prepare the company in ESG and accounting aspects.

Ricardo has been working for more than 40 years in the execution, management and direction of audit and consulting work. He has solid experience in strategic consultancy to foreign companies in Brazil, due diligence work, expert assistance on judicial and arbitration proceedings in Brazil and abroad, fiscal council and mediation with specialization in accounting and finance.